“Is there something you need to tell me?”

On at least two different occasions during the first few years of our marriage Shelley would ask me that question. I’ll never forget one night as we were lying in bed about to doze off, probably 10:30pm, she asked me completely out of the blue. No prompting, no warning, no preface or qualifiers; just the most cutting question I’d ever been asked to that point. Panic ensued internally. My answer?

In hindsight, I can see what it was all about. It was God’s grace. It was his Spirit stirring in her soul to give me an opportunity to end my addiction. I simply wasn’t willing to take it. Freedom was a confession away and I was too reluctant to grab hold of it. God tells us clearly in His word that he’ll show up to offer us a way through and out of temptation:

1 Corinthians 10:13 – The temptations in your life are no different from what others experience. And God is faithful. He will not allow the temptation to be more than you can stand. When you are tempted, he will show you a way out so that you can endure.

Once we’ve taken the on-ramp to the highway of lies and acting out it is easy to fly past all the possible exits. Unfortunately, when we’ve got the cruise-control set and we’re headed towards wrecking things again, exits don’t really look like exits; they look like road blocks. It can feel like there is no way off the turnpike and we’re paying tolls with our sanity. At first glance it appears like we would be crazy to crash ourselves into them.

Full disclosure is one such exit. It seems ludicrous to think that telling someone every dark detail of our story would help end our addiction to sin. It feels like things would only get worse, not better, to tell our spouse the truth. But it may just be the way God has planned for you. It was for me. He gave me multiple opportunities to end my addiction by coming clean and telling Shelley the truth. I was unwilling to take the off-ramp. That is, until the day came that I realized I would die if I didn’t stop. Literally, I almost drove my truck off a north Dallas highway early one morning after acting out again. Perhaps God has already shown you some possible exits in your life? Confiding in a friend or pastor, joining a support group to name a few. 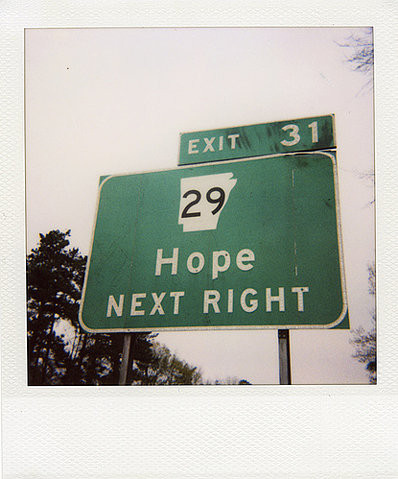 Sometimes the way out of temptation looks nothing like we thought it would. God, in his loving wisdom, knows exactly what we need and when we need it. Often His offering of hope comes when we least expect it in a way we wouldn’t expect it. If you’re struggling with sexual temptation and sin keep your eyes wide open for exits and off-ramps. God is faithful to show them to you.

PreviousTips on Reassurance
nextRunning from Wreckage to Redemption